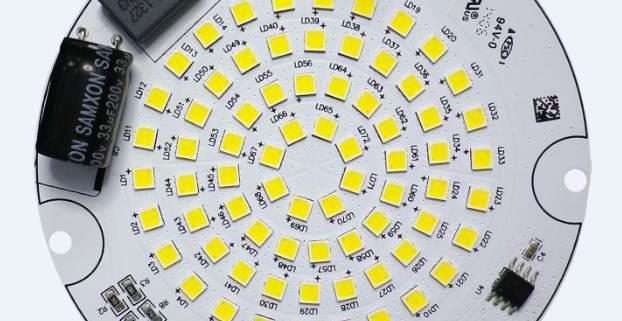 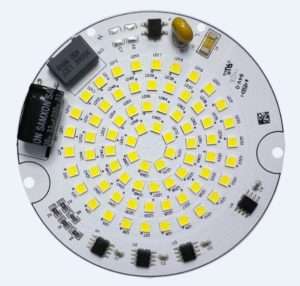 What is LED Light Engine? DOB, a drive on board technology

So why is that? Is this product still in developing? is the technology hard to master? Or is it because this product is useless? In this article, Penglight will help you understand and learn what is LED Light Engine and its applications.

What is LED Light Engine? 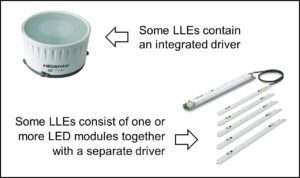 LED light engine or LLE is the combination of one or more LED modules, together with an LED driver (also known as electronic control gear, or ECG).

Some LLEs contain an integrated driver, while some LLEs consist of one or more LED modules together with a separate driver. Therefore, LED Light Engine is a device between LED fixtures and LED Luminaire.

What is the marketing advantage of LED Light Engine?

1. Standardized manufacturing, good for the promotion of LED lights.

With the booming in LED Lighting Market, everyday there are new lighting companies enter into this industry, along with new led lights. It brings lots of inconvenience to the standardized manufacturing and promotion of indoor led lights since there are so many diversified led lights flooded into this market.

Optics and structure are what is all about for the design of traditional luminaires, but when it comes to the design of led lighting, since there is still no standard for led light products, not only we need Optics and Structure Professionals, but also need professionals in field of electronic, electrical, thermal dissipation etc.

These increase the burdens of led light manufacturers and set a high threshold to new entrants, which are bad for the development of lighting industry. So how to effectively lower the R&D cost and shorten the production time become the main problem in the lighting industry.

Things will work out fine with standardized led light engines, since the led light engine has consist of electronics, first heat dissipation, and first light distribution, what light suppliers need to consider is the lighting structure, second heat dissipation, and second light distribution. It dramatically lowers the R&D cost and shortens production time.

3. Improve the quality and whole performance of LED Lights

LED Light Engine has specified the parameter of output lumen, CRI, luminous efficiency, uniformity of color temp, beam angle, etc in different applications, and the specified parameter reaches the highest level in lighting industry, it helps a lot to improve the quality of led lights.

Compared to traditional DC LED, AC LED does not involve with AC/DC conversion, it’s a lighting technology that can directly connect to AC power. Traditional LEDs need to be powered with proper direct current to make it work, so an AC/DC transformer is a must to add between Mains supply and LED load to achieve DC drive.

The use of transformer increases the total size, quality, and cost of led light, and generate certain electricity loss during the AC/DC conversion process, cannot give full play to the efficiency of led light. With the AC LED technology, the problem can be solved.

Many technology problems to be solved and without uniform standard

Currently, since the lack of normalized and unified standard components and the disparate development of equipment and technological level among suppliers, there is a variety of LED Light products emerged in market, with different performance and bad interchangeability, which on some level has prevent led lighting industry from developing healthily.

Questioners thought that LED Light Engine is not developed in a smooth way, there are still many challenges leave to manufacturers.

Second, AC driver(AC LED) meets many problems of integration in multiple subjects, it needs to integrate the Chip design, High voltage technology, thermal dissipation, application design and so on.

Due to the limited of life span and thermal dissipation, etc, led light engine is not that much popular and a large portion of them are only applicable to low wattage industry.  In high wattage market, there are very few in matured applications.

Standardized interface specifications make the lighting industry more efficient, and efficiency is essential to break the barriers that block it from realizing smart lighting on a massive scale.

Zhaga develops interface specifications for different LED light engines. These define the interfaces – mechanical, thermal, optical electrical and control – between an LED luminaire and an LED light engine. When applied correctly, these specifications ensure interchangeability. For example, Zhaga focuses on the mechanical and thermal fit of the heat sink, the size, and height of the light-emitting surface, and the photometric properties regarding different application areas.

Book 15: Rectangular LED modules for use with lens arrays

Book 15 defines a family of rectangular LED modules that are intended to be used with lenses or arrays of lenses (also known as lens plates).

The modules require a separate LED driver (electronic control gear) and usually will be mounted on a heat sink.

The specification defines several attributes of the LED modules, to enable accurate alignment with the lenses, but the lenses themselves are NOT defined in this specification.

Rectangular LED modules for use with lens arrays

Book 16 defines a family of planar, circular LED light engines (LLEs) with an integrated driver. Such LLEs are especially suited for use in flat, circular, low-luminance applications.

Book 18 defines a standardized interface between an outdoor LED luminaire and a sensing/communication module that sits on the outside of the luminaire. The module connects to the LED driver and control system and typically can provide sensory inputs while also communicating with other luminaires in a network.

The Zhaga specification will include a socketed receptacle that allows a compatible sensing/communication module to be easily removed and replaced. This will allow the luminaire to be upgraded easily via the addition of new smart capabilities to the module. Note that Book 18 will define the luminaire-module interface, but will not define the capabilities of the module. I need an agent now!
5 things you need to know about LED Lights